Our New Discord Server is Up and Running! Join Now to Stay Updated!

Once you join the server, try to find the [$] sub0to bot.

Message the bot with -> $auth [your-token-here]

Go to your account in 2Take1 website, and you should be able to see your token below your email address. It is a long string of letters, numbers and signs. For example, after finding your own token, message the bot like this:

Once you send the message, bot should invite you to the latest private 2Take1 Discord server.

Num – To open and close the menu
Num 5 To select a feature or enter a submenu
Num 0 to go back
Num 8 and Num 2 to move up and down
Num 4 and Nub 6 to change the value of the feature
Num 7 and Num to move between tabs.
F9 to save settings
F12 to un-inject ( hold for 1/2 seconds)

How to open 2Take1 With Controller

How to change your key binds

4- Put the downloaded file in there.

5- Restart the game and re-inject the menu.

Open Windows Search and search for “%appdata%” Find the folder named “Popstar Devs“, go to “2Take1Menu” folder inside of it, and right-click on “2Take1Menu.ini“, select “Open with” and choose any other text editing program. Like Notepad, Microsoft Word etc.

You should see the text file named “KEYS.txt” in the menu files you downloaded from 2Take1 website.
Open them to see which keys are bindable and their keycode.

If your game crashes after injecting, 2T1 is able to generate crash dumps with debug information. These dumps are encrypted, and only devs can read them. If your issue isn’t solved after following the steps below, send your latest dump in the support channel of the Discord server, and Devs will take a look when they’re available.

By default, crash dump creation is disabled. In order to enable it:

Crash dumps can then be found in this directory, along with their timestamp:

Menu not injecting, or game crashing on inject

If these steps don’t work, delete all the menu files (including the %appdata%\PopstarDevs folder) and re-download the menu.

The Popstar Launcher is crashing or connecting infinitely

Open a CMD console with admin privileges and type:

There isn’t an Inject button

The launcher is having issues connecting with the auth server. Make sure you are using the latest version of the menu and check your connection status.

channel: next InitializeSecurityContext failed: SEC_E_UNTRUSTED_ROOT (0x80090325) – The certificate chain was issued by an authority that is not trusted.

Make sure your antivirus software is disabled, and install this certificate.

Set the Renderer to FW1, un-inject the menu, and then inject it back.

The Lua script isn’t working after an update

The Lua API is usually updated along with the menu. You’ll have to update your script to the new functions.
If you’re not the developer of the script, ask them to do it.

The menu is moving on its own

This happened because you were holding Shift while pressing a menu key.
Release Shift and press the key that the menu thinks you’re pressing, and it should be still again.

In order to prevent this, set the Input Method to RAW.

antivirus, delete the appdate folder and rerun the launcher.exe

I can’t enter in a spawned vehicle, or it keeps disappearing

How do I save my settings?

Press F9 to save your settings to the default profile, which will be loaded when 2T1 is injected. You can also change this key.

Can I use 2Take1Menu on another computer? Do I have to reset my Hardware ID?

When 2T1 detects a new HWID, your account locks to it for 1 hour. After that period, you’re allowed to register a second HWID.

Also, you can use 2T1 on two computers at the same time, as long as they’re in the same subnet.

Doing so will terminate your license right away, due to a violation of our Terms of Service.

How to install Lua Scripts

Find the folder named “Popstar Devs“, go to “2Take1Menu” folder inside of it.

Open “scripts” folder and put the “.lua” file inside of it.

You’ll find the downloaded LUA scripts in “Scripts” submenu. Select the name of the LUA once to load the script.

Go to “Script Features” submenu to use the downloaded script.

You can use Cayo Perico or Casino heist skips to finish heists easily.Enable god-mode, do some bullet modifications, go to Heist tab and disable things like cameras, unlock doors; whatever you feel like is the best and finish the heists easily.

VIP menu comes with a Business Manager. You can get money while freely roaming in the world.

Business Manager will make your active businesses (MC Businesses, Nightclub, Arcade, Bunker…) produce product, restock and sell in the background. You just need to activate the option and leave it the rest.

This option will not impact on FPS. Also, we recommend that only activate this while you’re free-roaming, not in missions.

*Warning! LUA Script money methods’ safety is not guaranteed and not supported by the actual developers of the menu. It is made by users for other users and it is up to you if you want to install it or not.

PRE-MADE CONFIGURATION FOR KEYBOARDS WITHOUT A NUMPAD

How do I make money with VIP

There are multiple ways of getting money using 2take1.
1) You can use the VIP feature “Business Manager” to have the menu autonomously manage your in-game businesses for you while you do other things.
2) You can use the VIP features “Blackjack – Bust the house” and “Roulette – Power of one” to rig the Blackjack and Roulette casino games for lots of easy chips, which can be turned into $$.
3) The Heist Control lua script can be used to skip the heist set up missions and set the heist up for maximum profit for you (and your friends).
4) You can sell the Arena War Issi vehicle for ~$1 million every 48 minutes. To sell it you’ll need to store it in your garage, a tutorial on doing so is posted below.
5) The Master Unlocker lua script has a 750k money loop option. This option has the highest ban risk and is the least recommended method. Using this method means you will be unable to submit a ban report, should you be banned using it.

When using the Blackjack & Roulette rigging methods, you should try to lose on purpose once every few wins to avoid the game placing you on cooldown for winning too much. Mixing in losses is also good to avoid potentially looking suspicious enough for R* to check on you.

Regardless of which method you choose, it should be used in moderation. Players getting massive amounts of money (especially in a short time) is a red flag to Rockstar, which may lead to an account ban.

How do I set up my protections properly?

As of version 2.53.0 of the menu, the recommended protections are enabled by default, these are less intrusive to normal gameplay that what was previously recommended.

When playing missions, the following protections should be disabled entirely to avoid bugs and other issues:

How do I store vehicles in my garage with 2take1?

1) Spawn the car you want with the menu.
2) Modify it the way you want (colors, upgrades, liveries, plate, vehicle extras if it has any, rims, blablabla).
3) Save it in the menu.
4) In the Spawner Settings, enable Spawn In-Vehicle.
5) Steal a car from the street that you can drive into your garage.
6) Drive it into any of your garages, and while the cutscene is playing, spawn the vehicle you want to replace it with using the menu.
(If the garage shows you a menu when you enter (like the CEO garage wanting you to pick garage 1, 2 or 3), do it after you pick which garage you want.)
7) Once that’s done and you have the car in your garage, it’s just a matter of buying full insurance (it’ll only have a tracker at this point).

This will NOT work for blacklisted vehicles or vehicles that aren’t released yet. However, you can use this to put some vehicles into your garage that doesn’t belong there normally, such as bicycles, the Dune or the RC Bandito.

I bought VIP, how do I get the VIP role?

DM the bot you used to join the server ( [$] sub0to ) the $vip command instead of the $auth command. You will still need to include your 2take1 token. Once the bot authenticates your token, it will give you the VIP role here. 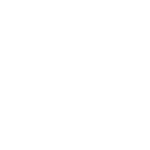